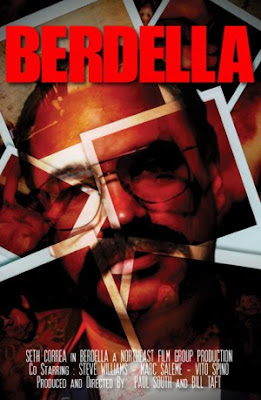 I've seen a lot of films based on serial killers, but none of them seem to be quite good, and the majority of them hit below the radar. Most recently, I was contacted to see if I'd be interested in reviewing a film about serial killer Bob Berdella. At first glance this film is quite creepy, and upon reading more about Berdella and the murders that he's attached to, the intrigue rises and the true horror begins.

Much like the "Gacy" biopic, this film starts mildly enough with the main character and his daily life. He's got some friends, he is a somewhat ordinary fellow with a cool mustache.

The film has a "straight to dvd" feel, but the editing and the music, alongside with heart beats and sounds make this film above average in the same regard. The creep factor rises even more when the camera angles shift towards how mild mannered Berdella seems and how easily he slays his victims.

The film carries through quite well and is watchable above many other serial killer biopics. The treatment of the subject is never hokey nor glorified to an odd extent. It is scripted and acted quite well, and is creepy throughout the scenes of drug use, torture and much more. 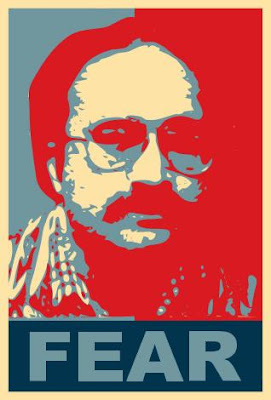 IS Berdella a Scary Film?: Yes.

Much like the GACY film, this one is a sick and twist ride. The worst and most scary point of the film is not so much the gore and violence that is involved with the character. It's not that he's a predator in mild mannered clothing, but rather that he blended in so well in real life! Yep, this is based on true events, and even the wikipedia page has some information on the real life killer.

The most scary thing about biopics like this is that society today has these guys lurking around. I'm not scared too often, but the thought of a mild mannered guy in a community, is not only plausible, it has happened time and time again through history. I would suspect that within my lifetime, there will be another creepy serial killer and my kids will most likely have to watch a documentary or biopic about a serial killer.

This independent film has a way of getting under your skin, much like harsher movies in the horror genre do. Berdella lacks the technical prowess and money that mainstream horror does, but boy does this thing pack a punch in what it does. You have to enjoy that aspect.

Trailers, media, and a way to order the dvd is available for exploration at the official Bob Berdella website here. This is one tight and heavy handed film.
at July 28, 2010

Sir Jorge Orduna
I'm a happy go lucky blogger and SEO digital marketer with a knack for writing and communications online. I love scary movies, kung fu movies, and music. Drop me a line if you're interested in any of those things. Follow me on twitter https://twitter.com/nocigarzine