There's no posts or news I will post for a while.

Go watch some of his movies.

One of the tropes of horror is the classical monster. The frights that come out of nowhere to shock us as children and young adults. I discovered horror at a young age, and many people I’ve spoken to have as well. That’s why this list was definitely on my mind for some time. This is a list of 8 old school chillers. These are classics, they go way back and they still have a sense of horror, even if you are used to the shaky cam footage movies that proliferate horror today. These are shockers, and still work well for new comers and older fans alike. If you find any of these movies appealing, pick them up via Amazon or the links I provide, thank you.

We start our list going way back. This is a movie adaptation of “The Island of Dr. Moreau”, but it has its own charm about it. It’s a classic science fiction movie in which an island is used to experiment on human beings. This one stars Leila Hyams, Bela Lugosi, and others. It’s a classic affair that features exactly what you’d expect from an older horror flick, but it’s the actors that make this one come alive. Lugosi here is great, even if you can only see him as Dracula in your mind.

Film noir doesn’t get nearly as much credit as it should. You should definitely take a look at how horror and noir mix into a very interesting format. In this one, you are treated to a story of mystery. Who is the stranger on the third floor? A reporter wants to know, and he’s got to deal with a variety of issues before he can figure out the puzzle. Peter Lorre stars, and definitely creeps you out in this haunting portrait of classic cinema.

A true adaptation of the original vampire novel, this is a silent picture that is creepy as all hell. It uses a lot of light, shadow, and music to invoke the beauty of the novel from Bram Stoker. It’s a classic that some find boring, since it’s not updated or highly technical. It’s a silent move that is absolutely a thrill to watch, and if you grew up with this before you read the novel or you saw the many vampire movies that came out after, you still get a little nervous tingle when you see the vampire.

This is another classic, and if you haven’t seen it, you really need to look at how it’s set up. The cinematic elements here are hands down some of the best. Robert Wiene does a brilliant job of making an expressionist horror film here. It’s got a lot of artistic elements and pushes the notions of horror cinema in such a unique fashion. It’s hard to really paint the proper picture here, but it’s definitely one of the best uses of light, shadow, and mystery in the silent film era.

Love him or hate him, Roman Polanski has a knack for creating atmosphere and horror through his movies. While this one is not quite like “Rosemary’s Baby”, it has some of the same signature moods and styles that Polanski is known for. Release in 1965, this is a move that really gets creepy as the plot focuses on memory, and trauma. The creep factor is turned up through the loneliness of apartment living, lighting, shadow, which really create a serious art piece here. If you haven’t seen this one in the “apartment trilogy”, you need to check it out. It went to be nominated for BAFTA Award.

George Agnew Chamberlain published a novel of the same name a few years earlier, and it transformed into this classic. It’s labeled as a psychological thriller, but it’s definitely a straight laced horror movie if you look at it from today’s standards. Edward G. Robinson and Judith Anderson star in this one, as they portray characters that find terror in an abandoned home. What secrets are found in the house? Why is there screaming? Is murder afoot? You’ll have to check this one out to find out. 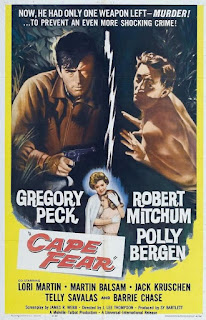 Robert Mitchum and Gregory Peck make this movie come to life. Sure, Scorses remade it, but this is the real version you should be watching. This is a strong contender for the best book adaptation. James R. Webb’s novel gets transformed into a scary movie about a stalker. This movie is a tightening wire around the neck, and it really pulls you in with great acting, clever cinematography, and a performance from Mitchum that is well worth praise. If you haven’t seen this one, you owe it to yourself to check it out. 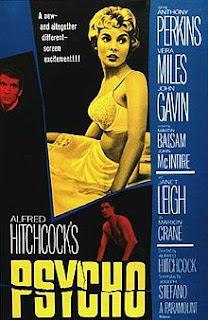 Do I really need to explain this one? This is perhaps one of the best ever. The slasher genre owes everything to the way that this movie discard the main character within the first 20 minutes. Marion Crane stars up front, but it’s Anthony Perkins that makes this movie an insane one. It’s tightened well by Hitchcock, and it is one of the best horror movies ever made. It’s slow moving at first glance, and then, it shocks through sight, sound, and clever editing. It’s a classic, and it certainly lives up to the hype.

You can pick up these movies via Amazon if you’d like, click here, otherwise, find them, rent them, enjoy them!

Time Travel In Popular Culture: How Science and Media Collide 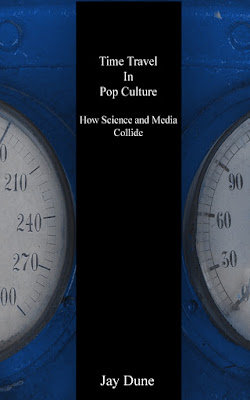 For those of you that follows this blog, make sure that you check out Scary Film Review's participation in this Kindle eBook. "Time Travel in Popular Culture" by Jay Dune. Some of our reviews are in there now, and have been taken down from this site. Pick it up here.

Sharknado 2: The Second One Review

It was bound to happen. I was going to watch the second release from the Sharknado series, and I finally did. I was definitely not planning on it, but I managed to get through it. I thought the first one was ridiculous, but there were still moments that made sense. For the sequel, the guys at Asylum took the notion of sharks in a tornado and then threw all sorts of crap at it. What you get is one of the most intriguing and dare I say, stupid horror movies I’ve seen in a long time.

Just don’t even try to think about it. It’s best not to think about anything that is going on in this movie. It’s that insane. I was hoping for a shred of reality, or something that resembled ok acting, but nope, this thing is horrendously acted, but isn’t that the point?

Sharknado 2 starts with an airplane crash and within the first 15 minutes completely flies off all rails. You get hit with every trope you could imagine in the comedy, horror movie. There is gore, there is bad computer graphics, there are cameos from all over the map, and you are going to either love it or hate it.

I found myself questioning what I have done with my life, and how far this site has come. Is this a new low? Am I running out of things to watch and review?

Sharknado 2: The Second One is by far one of the most gratuitously bad movies I’ve seen in a long time. But there was one thing that was constant through the whole thing, my laughter and enjoyment. They win, and they made a third one, so maybe it’s not all bad. If you need a good laugh, and want some gore thrown in, watch this one. It makes no sense, but it doesn’t have to, it’s a solid 2 hours of your life you’re not going to miss, seriously.
Posted by Jay dune No comments: