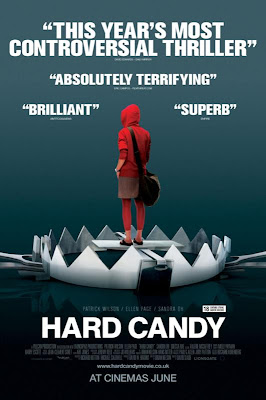 Hardy Candy punishes your senses and is quite the thriller indeed. The movie had a brilliant marketing poster and it still is creepy. The premise of the film is that a young girl is picked up by a pervert online and is taken back to his place for some sexual encounter, only to get the tables reversed. The story gets really sordid and the details begin to blur into the realms of the unreal, only to have a dramatic climax where nothing is what it seems, and all the sounds and back story come to life. It's a good movie, but the ending and reveal still have a little work to get done.

Hard Candy is visually stunning for a horror/thriller film. Is it a horror movie? Is it a thriller? It's debatable for sure, especially since this film does not have a lot of gore, no boobs, or anything that would give it a R rating. Most people will probably side with the idea that this movie is a thriller, but this is "scary film" blog and we review films that are scary. While some might night think that this movie fits into the genre, consider the fact that the realities expressed in this film are completely real and scary to most women, parents, and even teenagers.

The film explores pedophilia in a very blunt way.

Here is the trailer for Hard Candy: 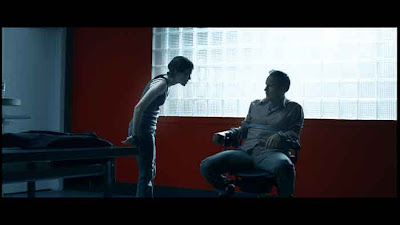 Everyone credits Ellen Page with her performance in Juno, but I think she is way better in this film. This film demands so much more raw and physical emotion. She goes from playing the young naive teenager to a psychopath in a matter of moments. She teases sexuality with her motions and her words, and really puts the main character in some implied trauma. I would liken the trauma to the film "Audition" which is done here splendidly. You don't get the brute force and gore that you would get from a horror film, but you get the implied reactions. To spoil the film a little she basically freezes a guys testicles and performs a castration...or so you are led to believe. 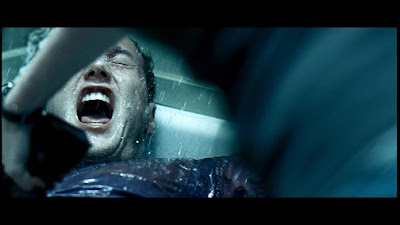 The movie really starts to unfold at the very closing moments, and police are called, we see a slice of vigilante justice, which is the worst part of this film. I'm not sure how I would have closed off this film, but one thing is for sure...I wouldn't have done it the way the film makers did in this film. It just seemed too out of left field.

I highly recommend checking out Hard Candy on dvd. I bought it last week via Best Buy for 4.99 but I'm sure you can find a better edition through the official Grindhouse online store, or through amazon.com and other locations. Hardy Candy has an odd premise, but delivers one hell of a ride! You won't be too disappointed with this one, although if you're a fan of extreme gore or straight forward horror, you're not going to find this one too enjoyable. Hard Candy is tough though, tougher than Juno, that's for sure.
Posted by Jay dune